Commonly known as ‘The Kingdom in the Sky’ due to its dramatically high altitude, Lesotho is rather unique in that it is entirely surrounded by South Africa. This tiny and spectacularly mountainous kingdom makes for a wonderful adventure getaway with excellent pony trekking, hiking, rock climbing, fishing, abseiling, birdwatching, mountain biking and even snow skiing on offer. The country’s highlands boast magnificent mountain scenery, clean mountain air and the opportunity to witness the fascinating traditional cultures of its warm and welcoming locals. Visit isolated Basotho villages dotted about the rolling hills of Lesotho’s extraordinarily scenic countryside with its breathtaking waterfalls and its maze of glistening streams. Itinerary favourites include: the highest waterfall in southern Africa, the Maletsunyane Falls; as well as the modern yet traditional capital city of Maseru. Lesotho is an ideal location for travellers seeking an adventurous outdoor experience in a place of raw natural beauty with a wonderfully preserved authentic local culture.

The loti is the currency of the Kingdom of Lesotho. It is subdivided into 100 lisente. It is pegged to the South African rand on a 1:1 basis through the Common Monetary Area, and both are accepted as legal tender within Lesotho.

Banks and exchange bureaus are found in Maseru and in most main towns. Most major hotels, shops, restaurants and travel agencies accept credit cards; though it is best to check with credit and debit card companies as to their acceptance before leaving home. Travellers cheques can be cashed at banks in Maseru. Local ATMs in Lesotho have the facility to accept international ATM cards but are unreliable.

Tap water is considered safe to drink in cities. However, drinking water outside main cities and towns may be contaminated and sterilisation is advisable. Milk is pasteurised and dairy products are safe for consumption. Local meat, poultry, seafood, fruit and vegetables are generally considered safe to eat.

The main hotels in Maseru serve international food, but there are also some interesting places to dine in the main towns. Hotels and restaurants in Lesotho cater for all nationalities. Much food has to be imported from South Africa. It is customary in restaurants and hotels to leave a tip for good service.

Specialities in Lesotho include ‘braai’ (a South African style barbecue) as well as seafood and freshwater fish dishes.  Cooking styles include French, Italian, continental and Chinese.

Good beer is widely available and better establishments will have a good choice of beers, spirits and wines.

Temperate climate with well-marked seasons. Summer is the rainy season; 85% of rainfall occurs from October to April, especially in the mountains. Snow occurs in the highlands from May to September. The hottest period is from January to February. Lesotho is a land of clear blue skies and more than 300 days of sunshine a year.

The road system in Lesotho is underdeveloped and few roads are paved. The main road which runs through the towns from the north to the western and southern borders is tarred, but other roads can be impassable during the rainy season. It is advised not to drive in rural areas at night (or even walk around Maseru at night).

Cars can be hired in Maseru. You will need permission from the car hire company to take any car over the border from South Africa into Lesotho and will have to pay road tax of around LSL5. Maseru bridge border post is open 24 hours a day but some border posts, they close at around 6pm. Also note that some border posts can only be reached by four-wheel drive.

An International Driving Permit is recommended. National driving licences are normally valid, provided that they are either in English or accompanied by a certified translation. Enquire at the high commission or embassy for details.

During the summer, lightweight cottons with warmer wear for the evenings is needed. In winter, medium- to heavyweight clothes are advised. Waterproofing is necessary during the rainy season. Sunscreen, a sun hat and sunglasses and good walking shoes are essential.

Electrical sockets in the Kingdom of Lesotho (Muso oa Lesotho) are the ‘Type M’ South African SABS1661 (Large 15 amp BS-546) sockets. This is actually an old British standard. The ‘Type M’ South African plug and socket is not to be confused with the ‘Type D’ Indian plug and socket. In pictures, they look very similar, but the South African type is much larger than the Indian type, and they are physically incompatible. If your appliance’s plug doesn’t match the shape of these sockets, you will need a travel plug adapter in order to plug in.

Electrical sockets in Lesotho usually supply electricity at between 220 and 240 volts AC. If you’re plugging in an appliance that was built for 220-240 volt electrical input, or an appliance that is compatible with multiple voltages, then an adapter is all you need. 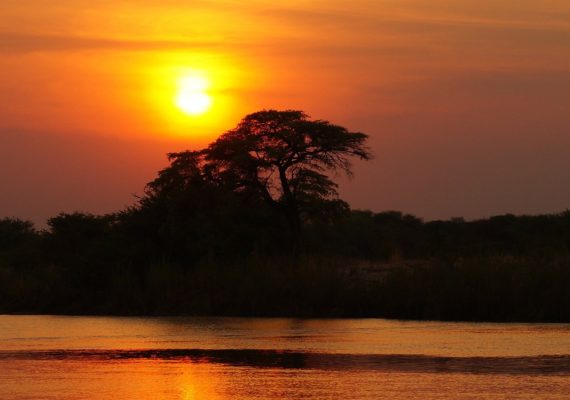 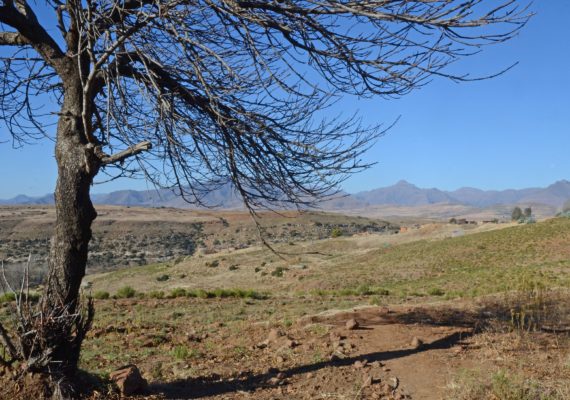 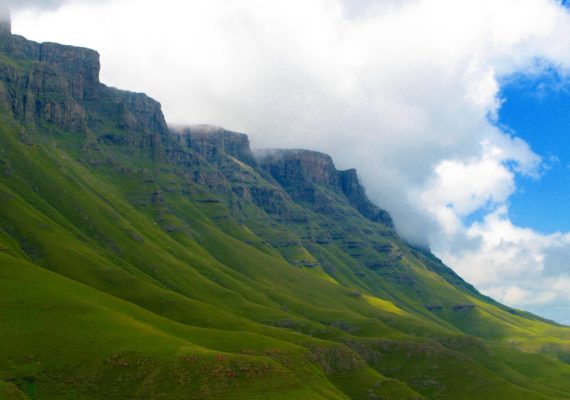 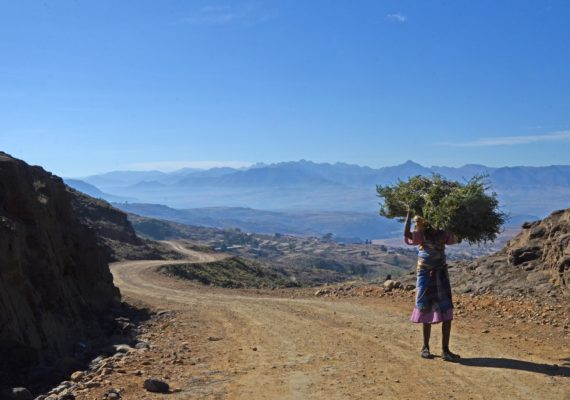